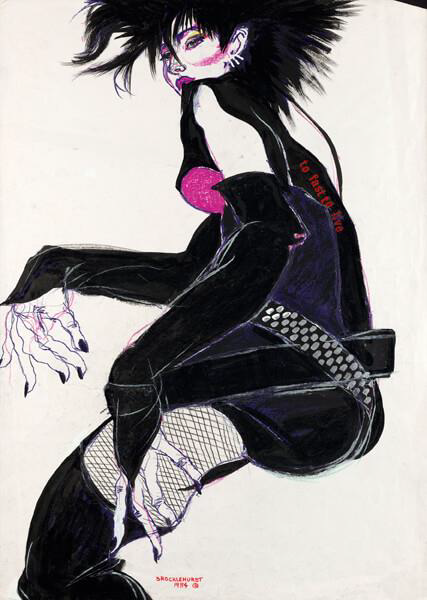 For the next two weeks you can explore late-20th century subcultures of Berlin, London and New York through the striking, bold drawings of Jo Brocklehurst – in the first major retrospective of the artist’s work at the House of Illustration in London.

The exhibition is co-curated by her model and muse Isabelle Bricknall with House of Illustration’s Olivia Ahmad, and features Brocklehurst’s best-known portraits from the 1980s which offer a female perspective on punk, while her figurative paintings from 1980s fetish clubs capture the experiments with sex and androgyny that later surfaced in mainstream fashion collections by Jean Paul Gaultier and Thierry Mugler.

Working from a gloomy corner, hidden behind huge canvasses and several pairs of shades, she documented the performers, artists and designers seeking freedom of expression, including a young Marc Almond, Boy George, Pina Bausch and George Melly. With a strong Berlin connection, Brocklehurst acted almost like an ‘artist in residence’ for Berliner Zeitung in the 1990s, drawing live at theatres, jazz cafes and opera houses around the city. She would work up her pictures overnight for publication the next morning, alongside the review of the performance.

Jo Brocklehurst: Nobodies and Somebodies
At House of Illustration’s Main Gallery
3 February – 14 May 2017 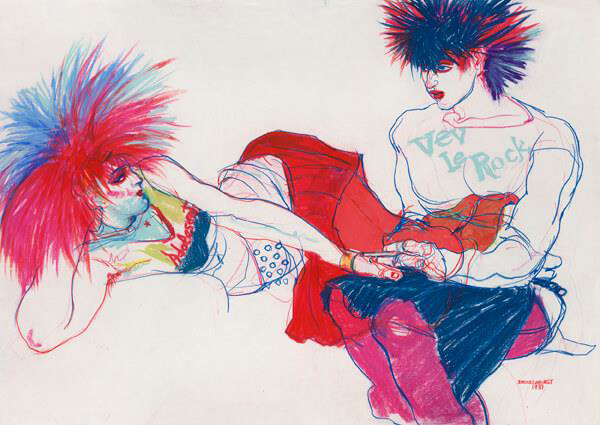