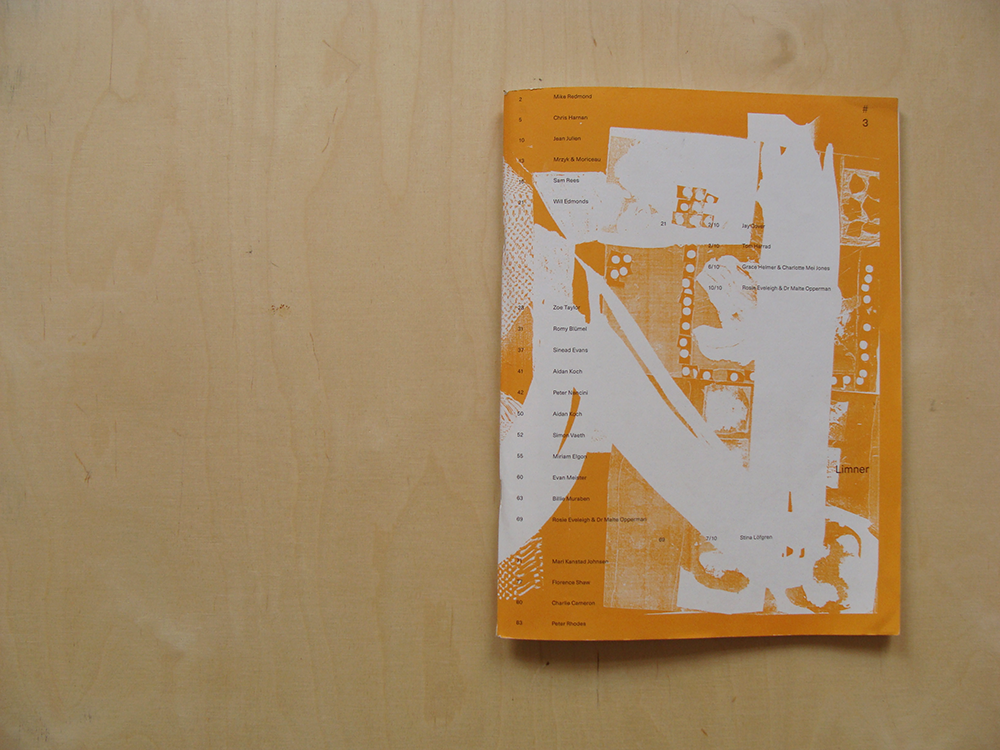 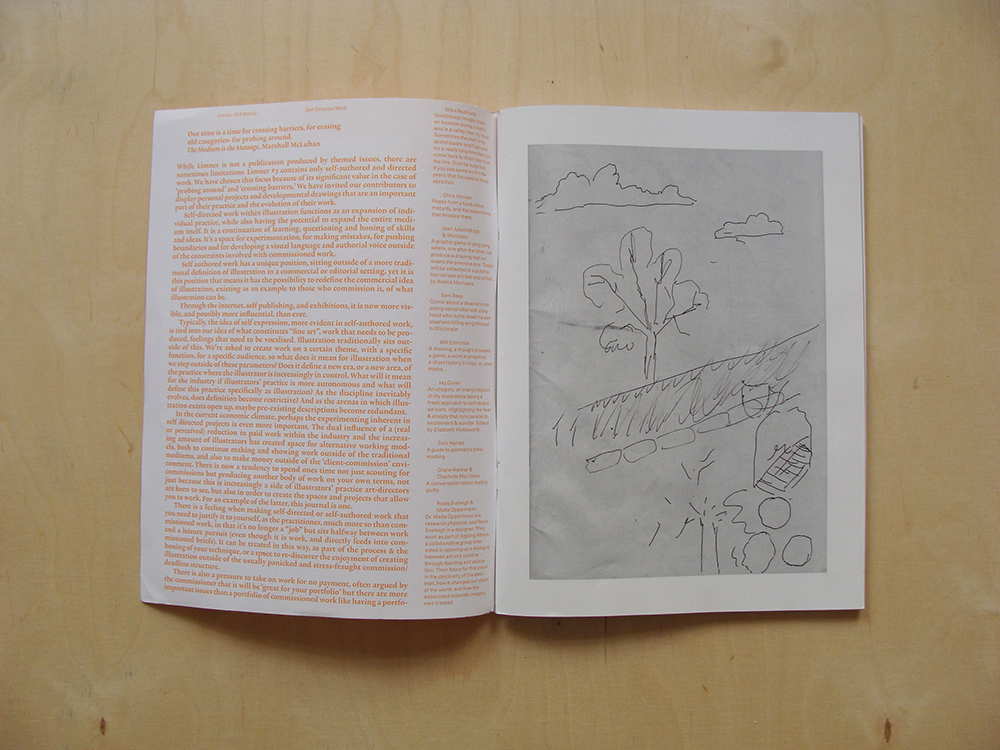 Opening with the quote ‘Our time is a time for crossing barriers, for erasing old categories – for probing around’, from The Medium is the Massage by Marshall McLuhan, Limner‘s editorial text positions its exploration of ‘self-direction’ in illustration. The text examines how the internet and self-publishing platforms allow new spaces for self-expression and self-determination for illustrators, and how in seeking new avenues for their work illustrators are breaking down the more traditional roles of illustrator, art director and client/publisher. In electing to present only self-directed work in the journal, Limner is blending the illustrators’ public and private practices, making visible the varied processes of illustration and investigating its changing contexts. 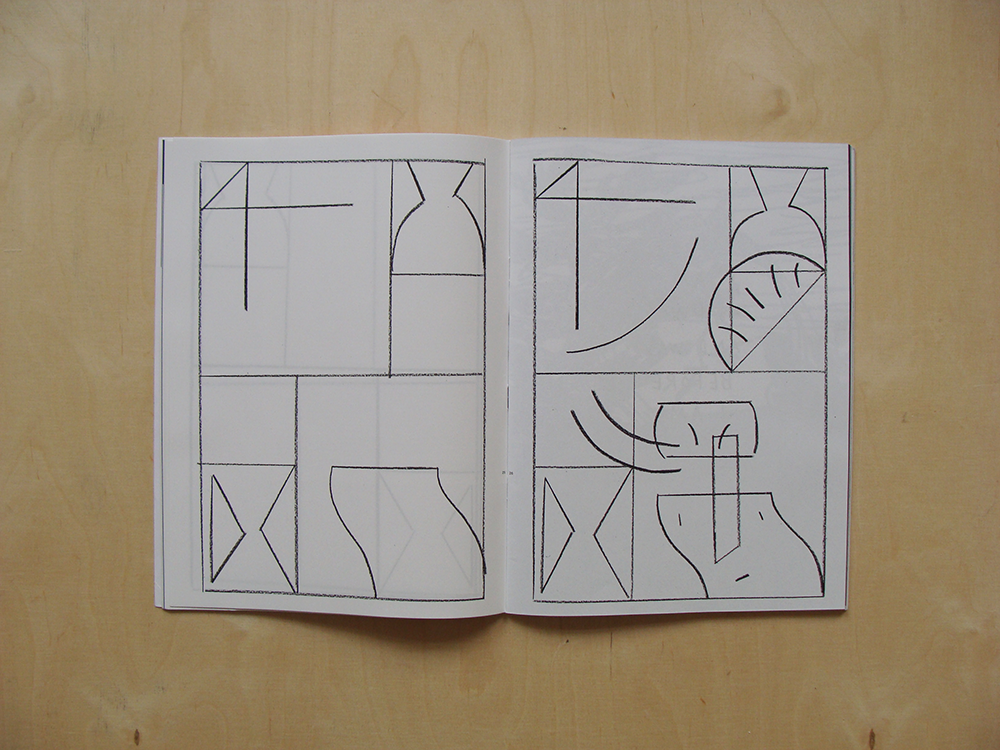 The main editorial text is printed on and spread between the inside covers, framing the images and giving the reader a nice lead in to the visual content. With the absence of colour (except for large glossy photographs in the centre) I found myself focusing on the textures, mark-making and imaginative nature of the images. The images presented in Limner are playful, raw, rough and questioning. The brush-strokes in Romy Blümel’s images are tactile and painterly; the connected drawings by Jean Julien/Mrzyk & Moriceau are a series of absurdly funny ideas; the delicate use of pencil in Billie Muraben’s elegant and sparse Pools series contrasts Miriam Elgons’ full, scribbled illustrations based on Aldous Huxley’s Brave New World. Working drawings and concept sketches are rarely seen outside of an illustrator’s studio and in publishing these self-directed images Limner has created an interesting overview of the variety of processes and attitudes artists take towards creating their work when released from the pressure of commissions and deadlines. 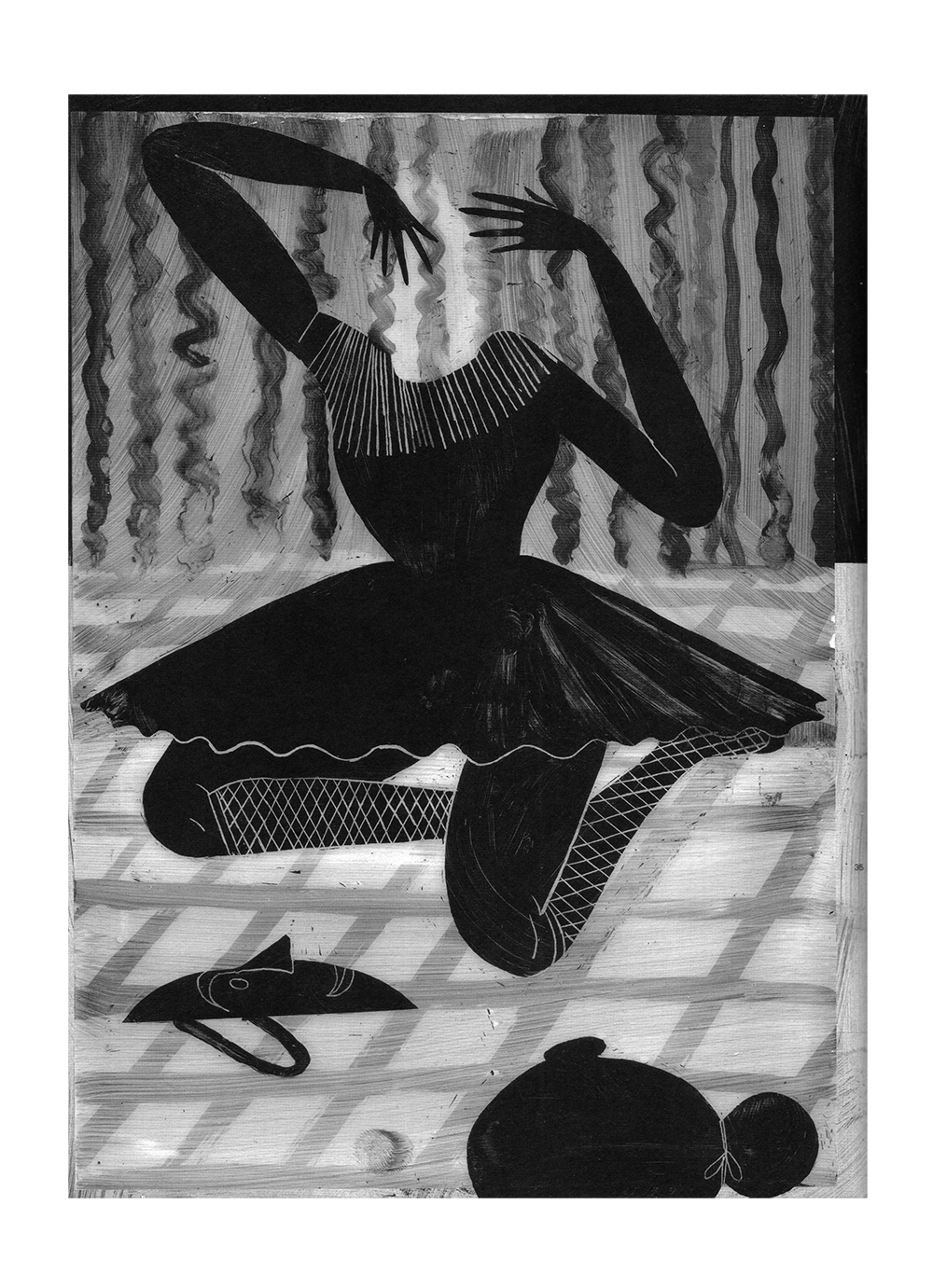 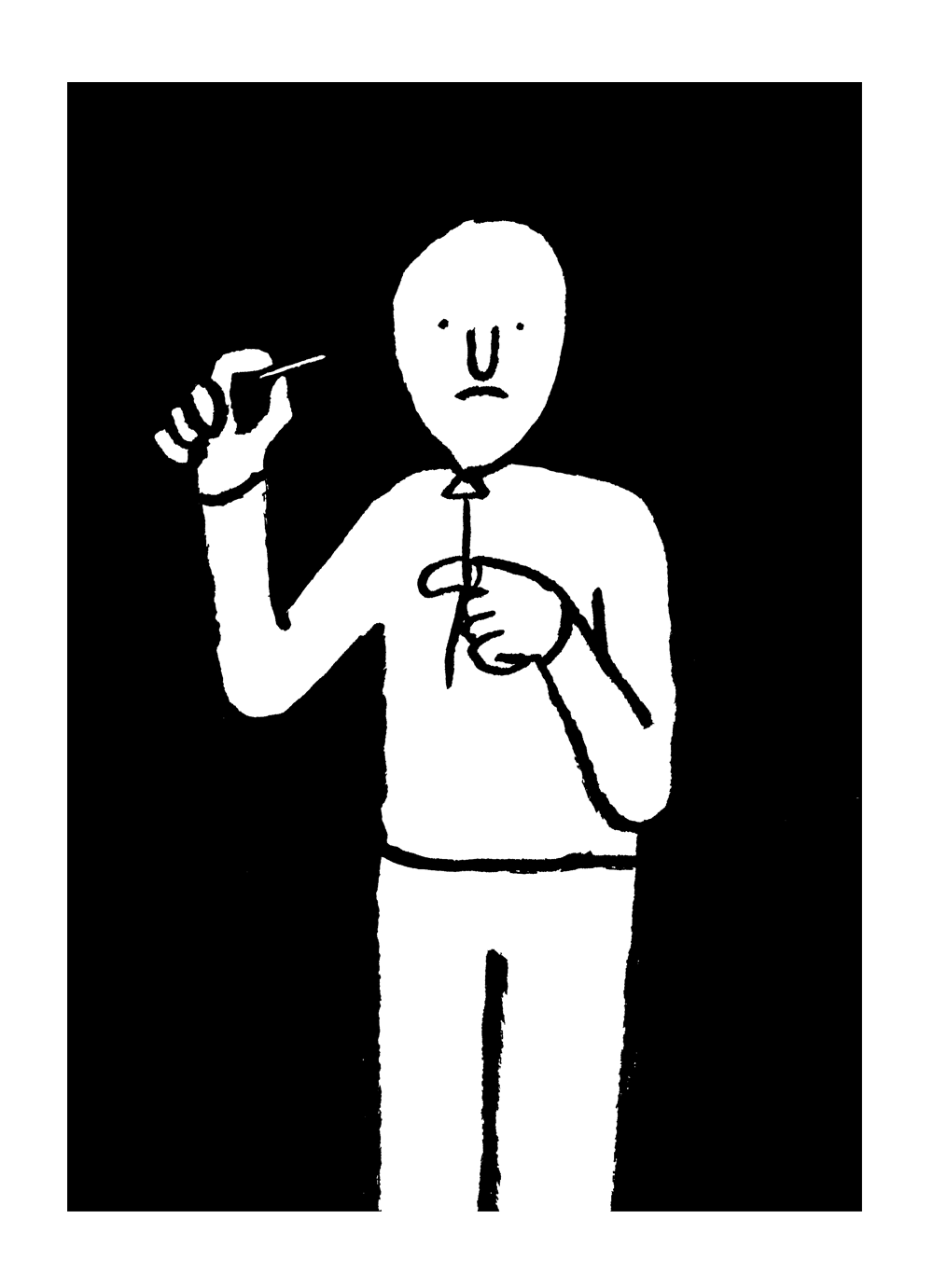 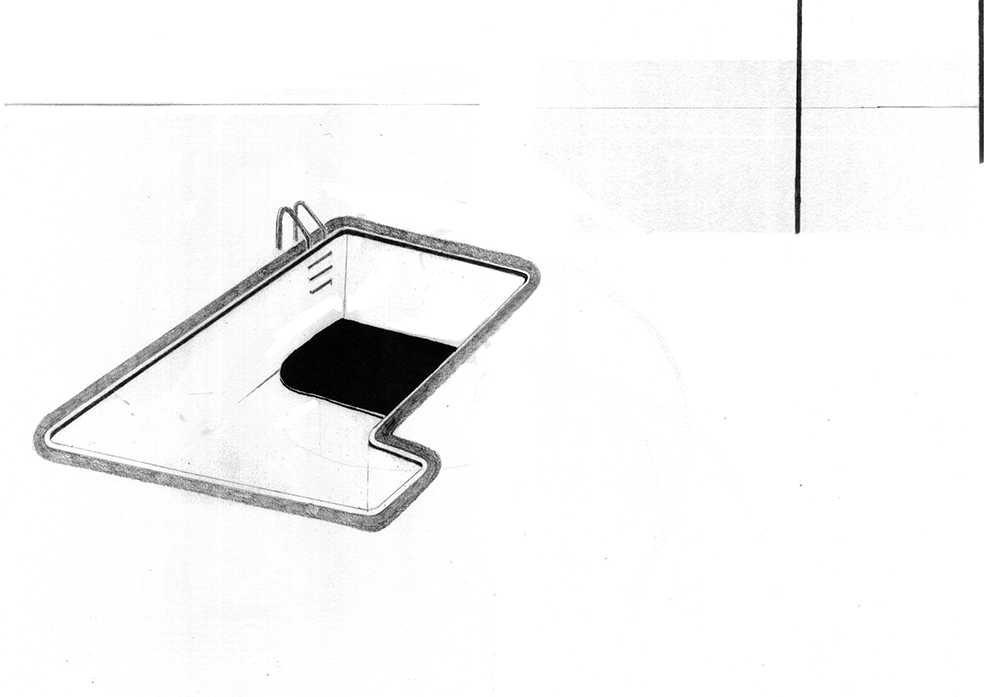 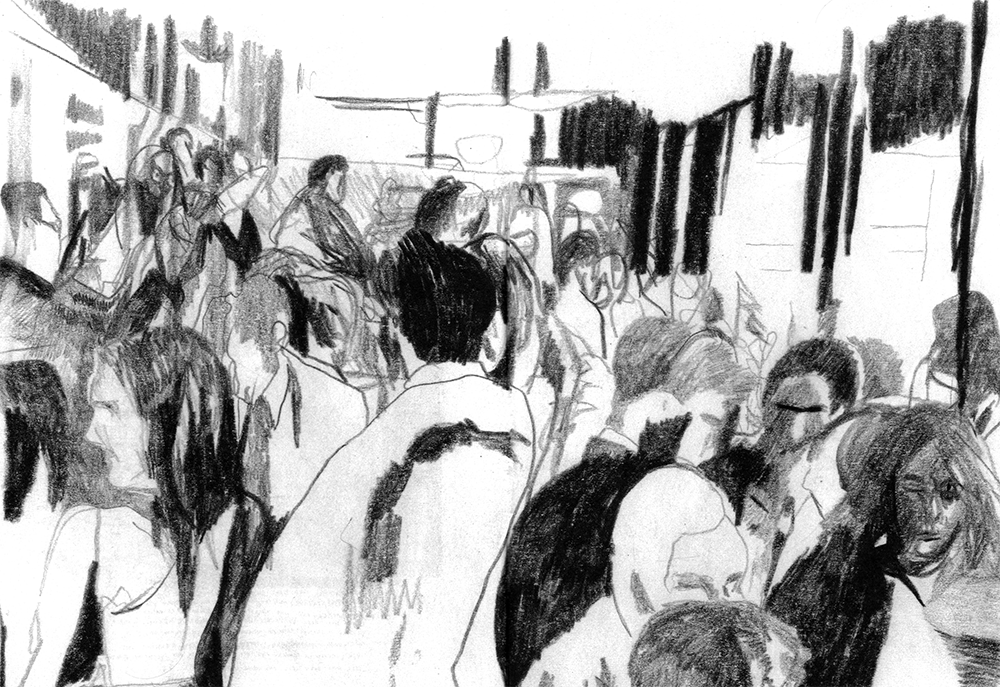 Miriam Elgon
A selection of writing loosely based on the theme of self-direction is a valuable part of the journal. Contributions range from poetic and descriptive to self-critical and scientific. I found myself trying out ‘matching’ as described by Tom Harrad – closing one eye and observing my nose, then interacting with the different objects and surfaces around me. The conversation between Grace Helmer and Charlotte Mei Jones was a mix of wise observations and self-doubt, a conversation that is constantly occurring between artists the world over. In some ways I felt it reinforced the cyclical arguments we use to convince ourselves of the meaning in our jobs and life, however I enjoyed the exploration of Stuart Lee’s comments on university funding and the arts, as well as their defence of illustration as a valuable tool for communication. 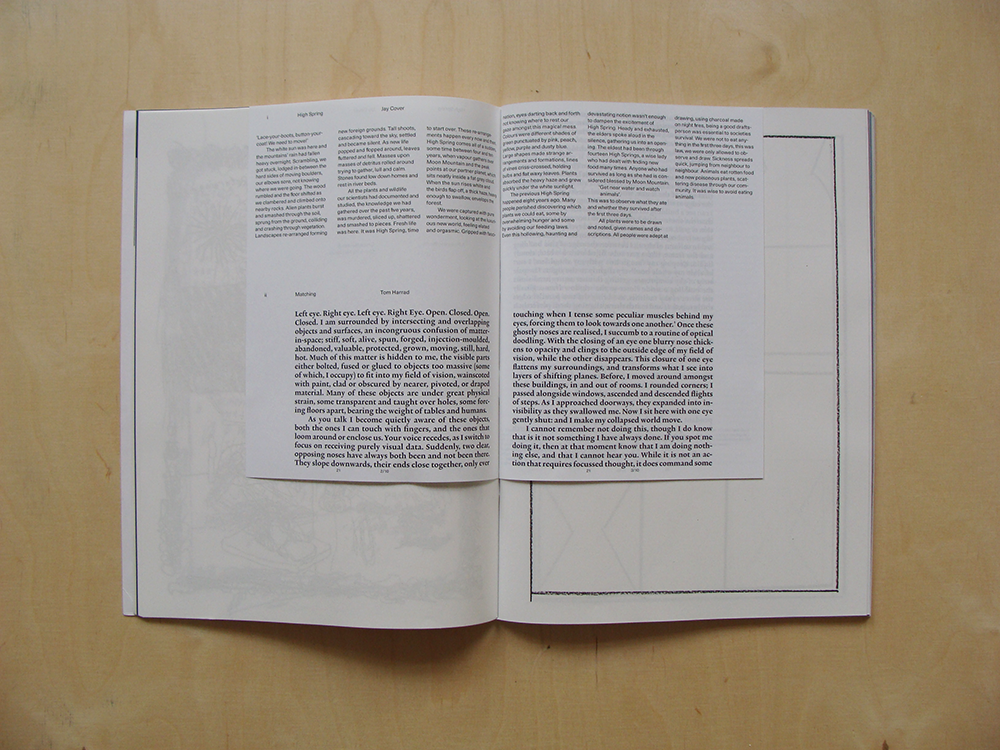 The texts are printed in a smaller booklet nestled in between the larger images, which makes reading the publication as a whole slightly hard to navigate. I also found myself flipping between the images and the list of artists, struggling to connect work to the artists’ names. But in some way, refraining from explicitly placing identities on the works allows a more open and anonymous reading of the images. The design also seems to reflect some of the ideas of the editorial and texts: the feeling of slight uncertainty and confusion about how to read the journal works like a draft of an idea, a sketch, and something that doesn’t quite make sense, naturally fitting in and supporting the illustrations. Collectively Limner is a smart publication and opens up the question of what illustration is and how illustrators are creating bodies of work based on their own research, and increasingly on their own terms. 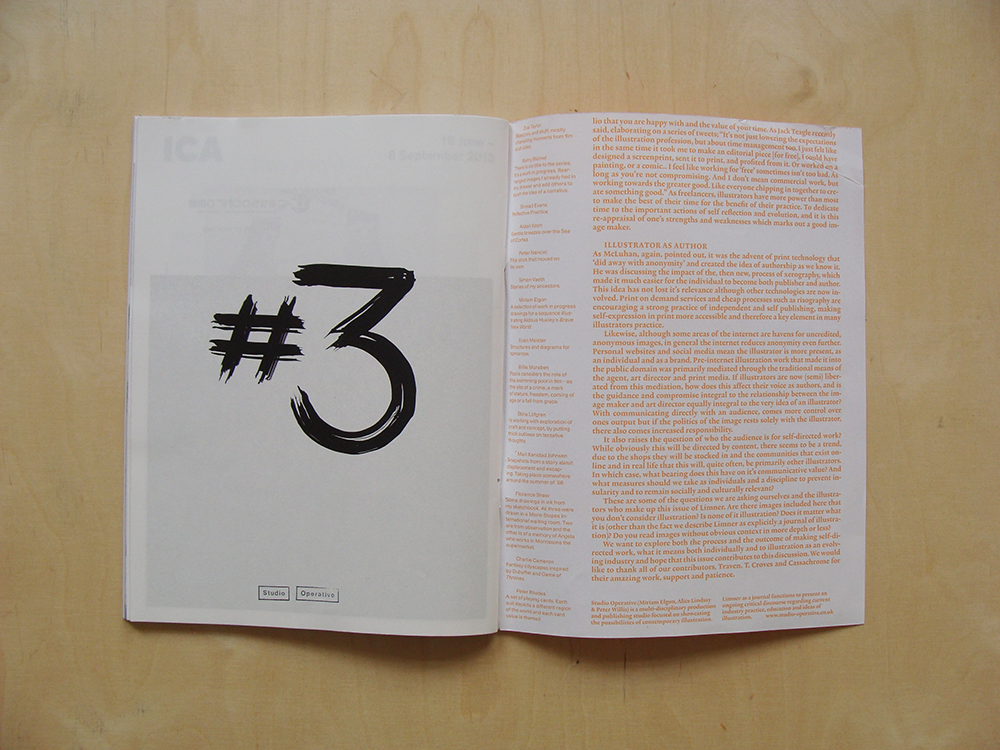 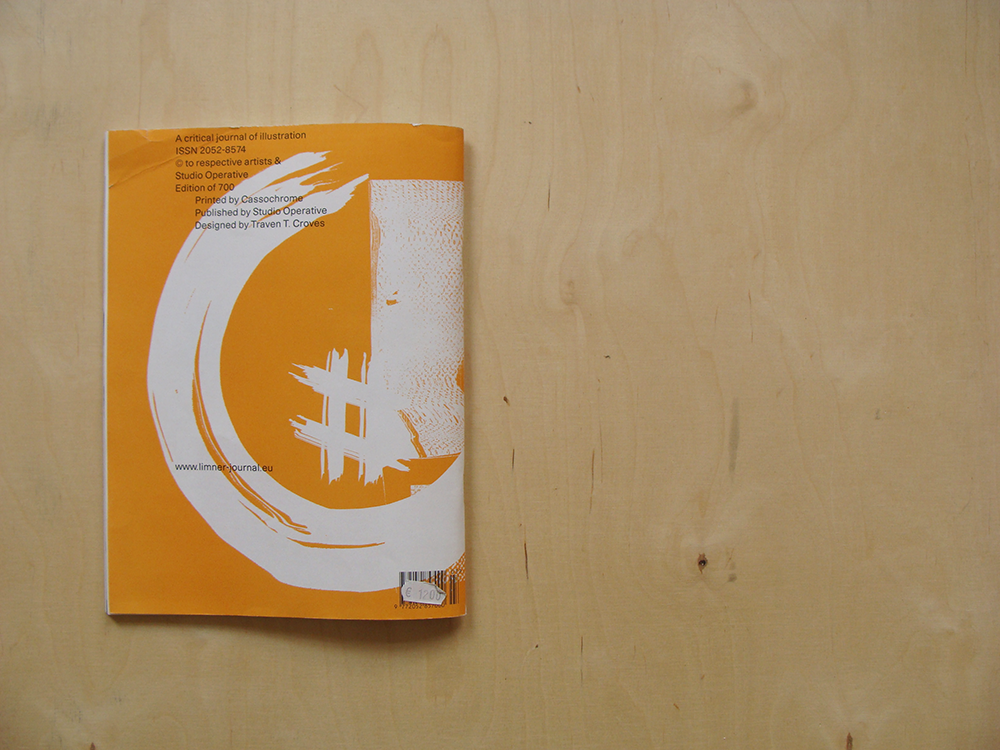 Available online, at Motto and Do You Read Me (but sorry I think I bought the last copy there).