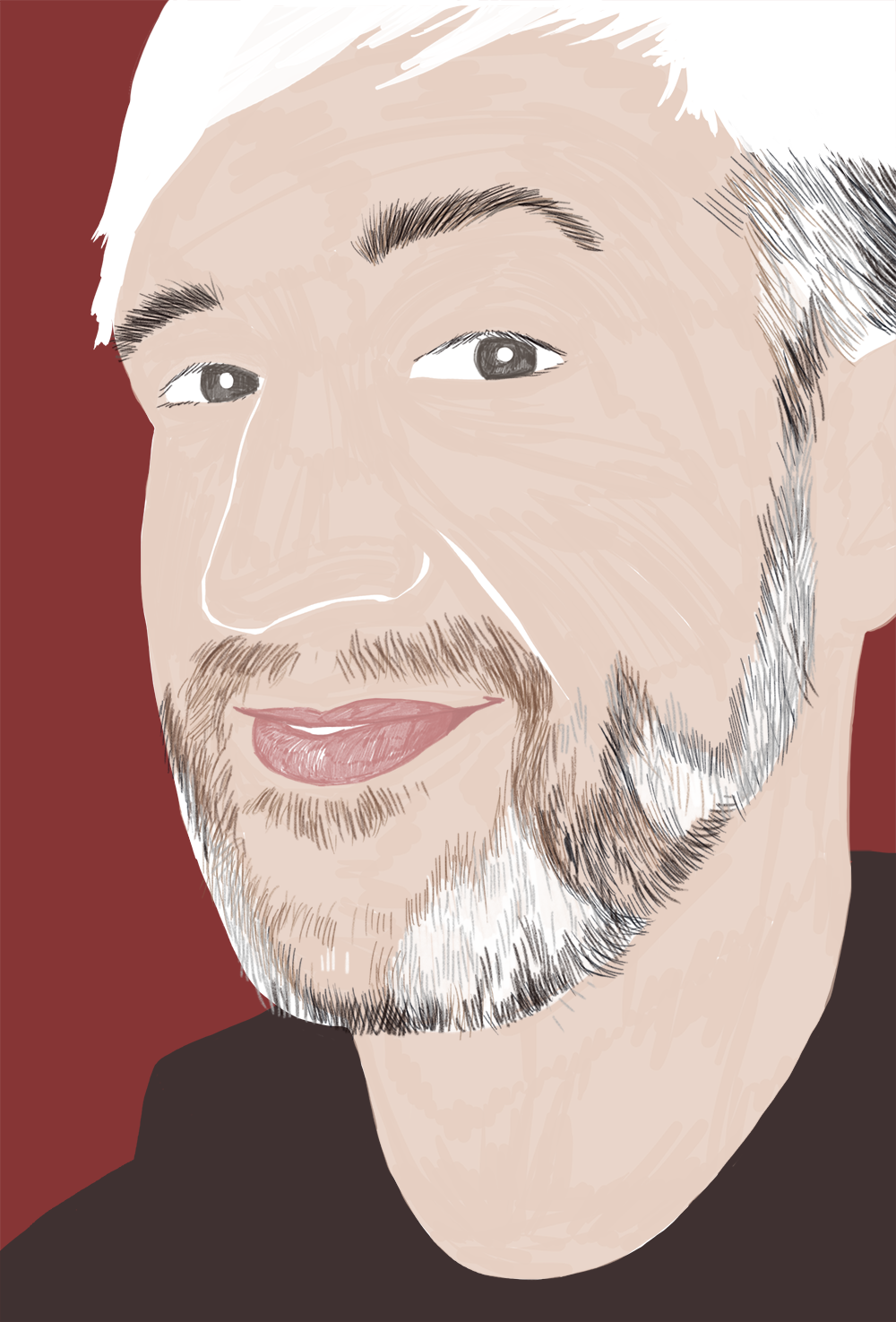 Stephan Lomp has a sort of mischievous look about him, which as an illustrator of children’s books is a great quality. Stephan’s sense of fun and humour is clear in his work: his illustrations are colourful and slick, with a lot of personality and cheerful characters. Stephan is based in Düsseldorf and has a strong background in character design, advertising and editorial illustration. He is also a co-founder of the comic anthology ‘Herrensahne‘, an award winning publication with which he has had exhibitions in Luxemburg, Luzern and Cologne. This is the second time that Stephan has exhibited at the Illustratoren festival, which for him is a way of connecting to the illustration scene in Cologne, reconnecting with friends and colleagues, and getting to see first hand the delighted expressions of the kids looking at his illustrations. 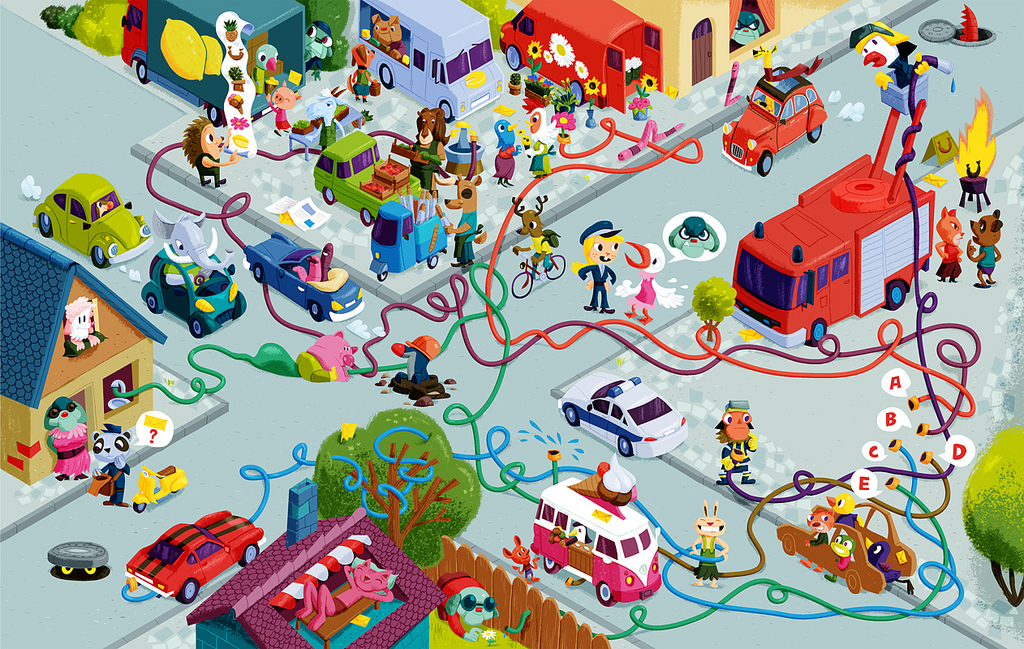 Judith Carnaby: Your work is full of character and is playful and cheerful, especially your children’s illustration. Are you inspired by working with children’s stories? Does a child’s playfulness and sense of adventure help in your illustrations?

Stephan Lomp: I think my starting point for doing something is that I have to have fun with it. I remember as a child I was very imaginative, playing with Lego toys and Star Wars figures, and imaging different and adventurous stories that were full of excitement. If I don’t feel that in an illustration it becomes boring and I don’t want to do it, so it is definitely a must for each illustration.

Of course if I can have more freedom I can add more adventurous things or ideas. But I try to find something there in every commercial job, something where I can have a little bit of freedom, where I can be playful. Sometimes it is hard or not possible, but I realise the client feels it if I don’t add something to it.

You work with editorial design, children’s books, comics and character design. Do you have a favourite kind of work that you get to do, and do you work for a variety of clients?

Lately it has been children’s books, definitely. And that is what I do mostly now. It used to be a lot of storyboard and advertisement illustration. In that kind of work the clients have a specific idea and you don’t have the freedom around your work so I don’t like to do this any more. You always have to do character design for a children’s book and thankfully it is not always doing the next Ronald McDonald! 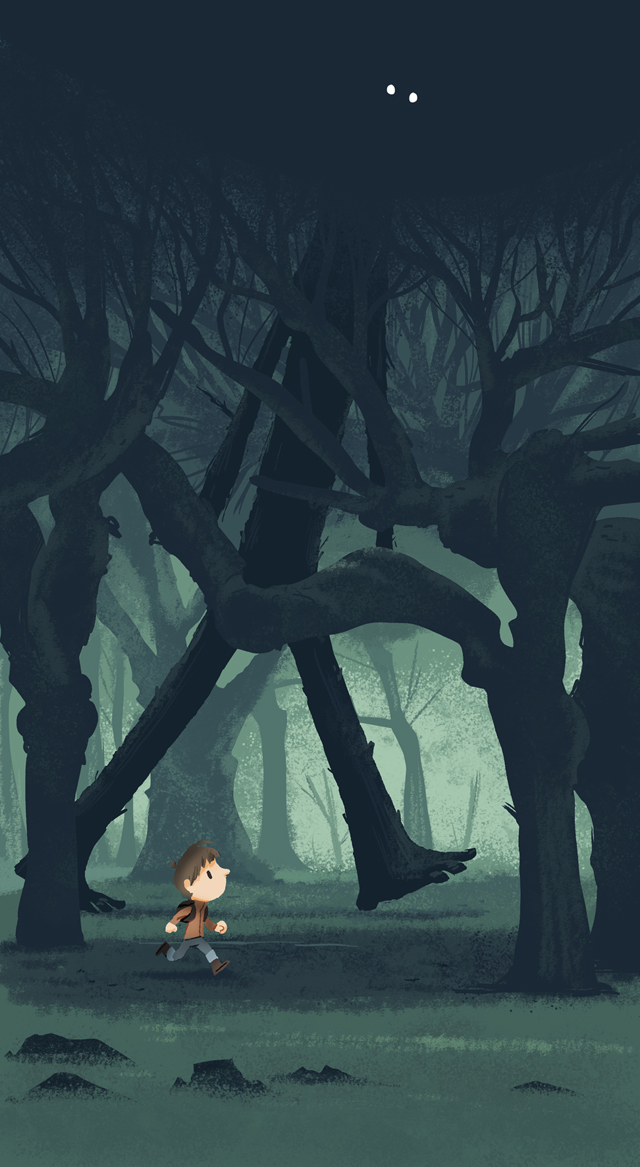 When you approach characters for your children’s books, do you base that on people around you, or kids you know, or is it more a general idea of children?

When I think about characters I like contrasts, for example a big guy with a tiny head, or a robot who has a heart for kittens. I like something you don’t expect, like a contrast between the shape and the personality of the character. It adds something to the depth of the character for me.

With the comic anthology ‘Herrensahne’ you collaborated with a number of other artists. Was that a nice process for you, collaborating rather than being an illustrator alone in the studio?

It was definitely a great experience because everybody could add in ideas so we could have a really good mixture. We worked from the start together, so the stories are intertwined and connected. But sometimes when you are really passionate about one idea and nobody else thinks it’s good, it can be a pain. Every decision we made was a democratic decision, that was strict, there was no one person who was in charge, like an editor, and I think perhaps you need an editor for a good anthology. 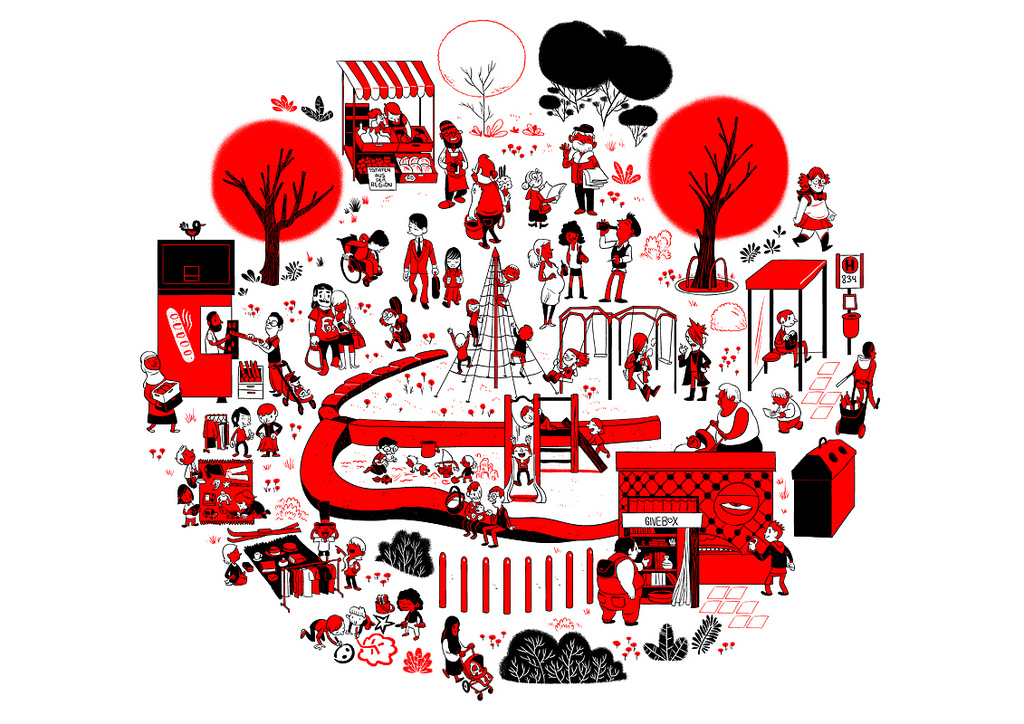 You live and work in Düsseldorf. What is the illustration scene like in Düsseldorf? Do you have a connection to Cologne, the wider NRW area or nationally, and is being part of this festival part of that?

It is nice to meet all the of the people here again, it is like a family reunion being here the second time. Also to see not only people from the business but also normal people with their children looking at my work. It’s really nice to see the children’s responses to my work.

The magazine Herrensahne came from Düsseldorf. We all met at university and so there are 10-15 illustrators I know well, and of course there are more. One of my best friends Max Fiedler is a well known illustrator and we share the same studio. He does a lot of work for children’s book as well. I am only connected to Cologne through this festival but in Germany I have some connections through Herrensahne and comics. We meet every 2 years at Comic Salon in Erlangen – the biggest German comic festival and an international exhibition. So we all meet there and over the years I have come to know many people in the comic world.

Quite a few of the illustrators participating in the festival are very new illustrators just coming out of studying, but you have been working as an illustrator for a while longer. How do you feel your work has changed over your career so far? And how have you seen illustration as a discipline change?

When I think about work from younger illustrators, there are a lot more trends in it, graphic design trends. It became like a hipster thing and when I started it wasn’t like that at all. And then the analogue style is coming back and a lot more people are drawing with pens again. But for my work I draw only digitally, because I like to able to change everything. I will definitely try doing more analogue work in the future but then perhaps for more of an art project and not so much for a commercial project because there you have to be quick. 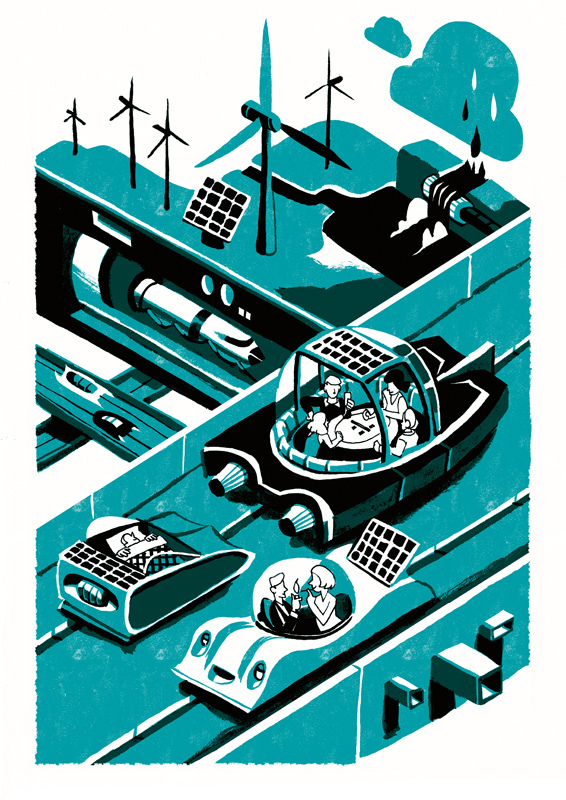 I am quite interested in how illustration has been developing in Germany over the past few years. In the ’80s and ’90s illustration really went through a lull as photography took over as the main visual medium in newspapers and magazines. Do you feel like illustration is coming back now?

They say it is, but I don’t see much illustration in advertising for example, or in commercial TV clips. I see it more in magazines and on websites. For the last 3 years I have been doing children’s books and I got a bit of insight into the publishing world. I think they are really stuck in that old traditional illustration style – watercolour and black lines. They don’t like my style because I am too ‘French’ (as they say) or too Manga-esque. They generally don’t like that my work is made with the computer. Then when I go to the other publishing houses, in France for example, and I show my German works they say, no, that is too conservative! So I have two sets of portfolios that I show at different times…

Sometimes I think that these contemporary illustrations, they have to be badly drawn to be cool! I don’t know, perhaps it is an over-generalisation, but I think the craft doesn’t get given as much value in contemporary illustration. But then sometimes you see really fine art animal illustration in magazines, or detailed portraits, so these do exist as well. I think if you have a good idea in an illustration it can be very simply drawn, and even badly drawn. Christoph Niemann, for example, he can draw really well and he experiments with lots of techniques. Sometimes he does very simple line drawings and that transports the idea very simply and very quickly. It is all about the idea at the end, and not about the drawing style. 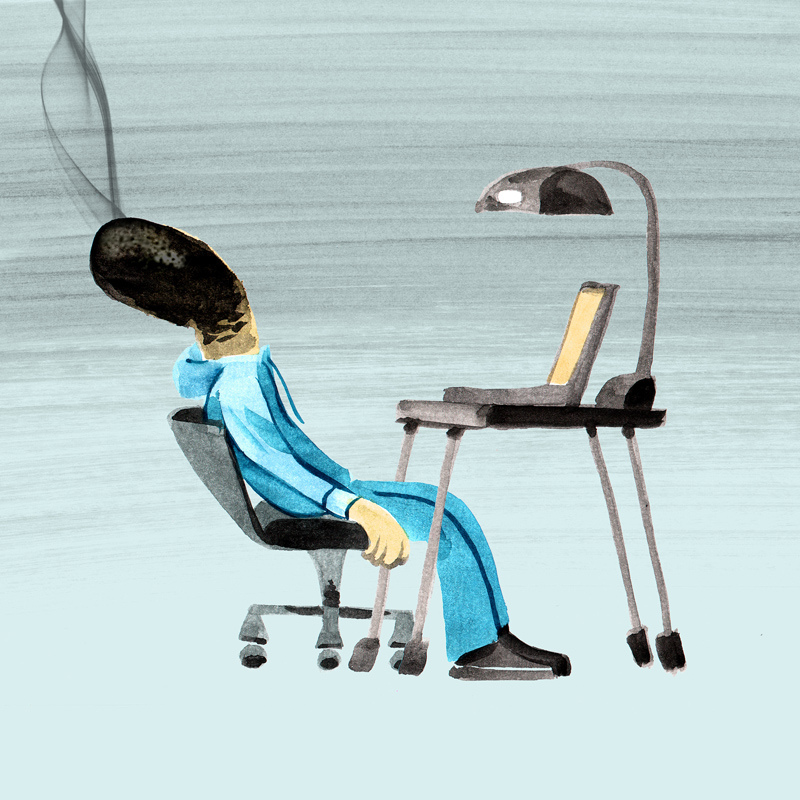