Jon (left), Luke and Therese (and Loa) show me around the Heretic studio…

Luke Frost, Jon Rundall and Therese Vandling make up Heretic – an experimental illustration and print-making studio based in London. The engaging trio share a room in the Space Studios complex, just around the corner from the freshly green London Fields in Hackney. The bikes, prints and paint-splattered trestle-tables of many other artists, designers and illustrators fill the former industrial building. In Heretic’s studio bright jars of ink and piles of books and paper haphazardly spill out of the shelves; a huge drying rack fights for space with an Original Heidelberg letter-press. Handily for Heretic they don’t have to squeeze anything else in as the impressively-equipped East London Printmakers is just down the hall.

Therese, Jon and Luke also work independently in design, illustration and printmaking but their shared print studio is the space for them to work collaboratively and experimentally. Formed in 2005, Heretic has produced work for a number of clients, most recently the 500ish unique screen-printed covers for the People of Print magazine, Print Isn’t Dead – Element #002. They also create illustrations for magazines like Architectural Review or books like The Duchamp Dictionary, illustrated by Heretic and designed by Therese for Thames & Hudson.

Heretic started out creating quite detailed, abstract collage-style illustrations but over the last few years they have become more interested in reducing the imagery and number of variables used in creating a print. Now they are searching, playing and experimenting with the process of screen-printing as a medium. Ink on paper. Geometric forms. Colour. Heretic’s exploration of process has resulted in simple, more controlled and considered prints, yet the very nature of hand-printing ink gives the images an exciting element of chance. Each print is unique and despite their simplicity are complex and rich.

Spectral Nation is their major ongoing series of work and the prints are meditations on colour. Eye-watering neon yellow marbles with light grey. Lush purple fights with a burning sunset-orange, which is soothed by a deep forrest green. In their stunning Neon Moonrise works, the colour gradients contrast and enrich each other while the huge 170cm x 130cm prints physically draw you in—they’re dazzlingly hypnotic. With their original prints and high technical standard, Heretic’s innovative work would be the middle of an intensely bright Venn diagram that blurs the spaces of illustration, design and print-making. 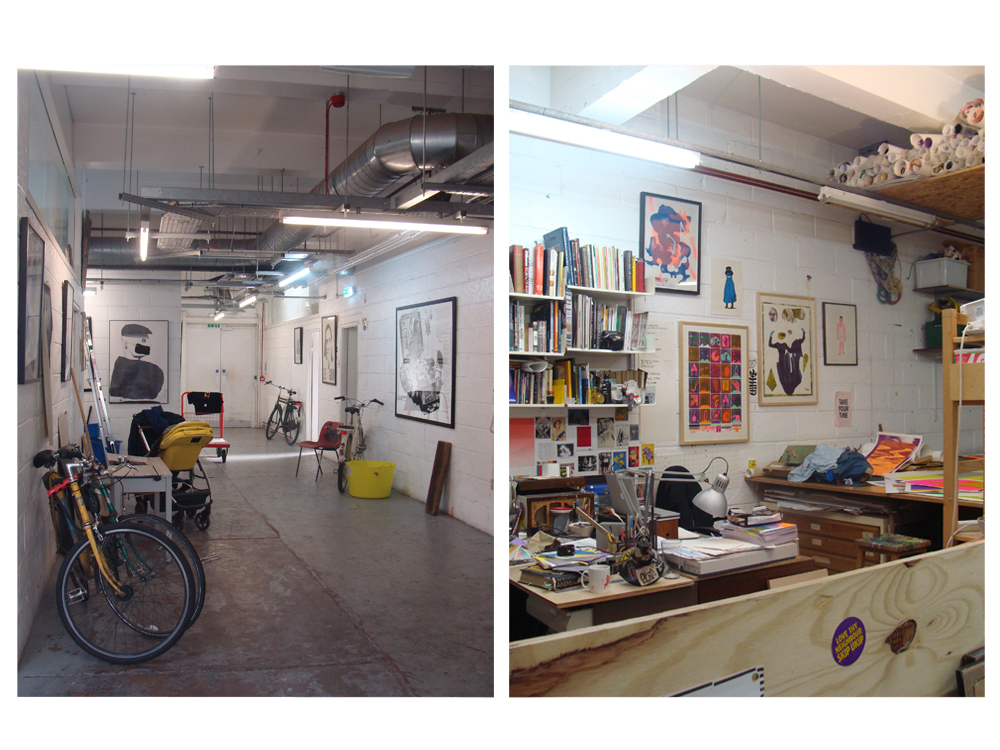 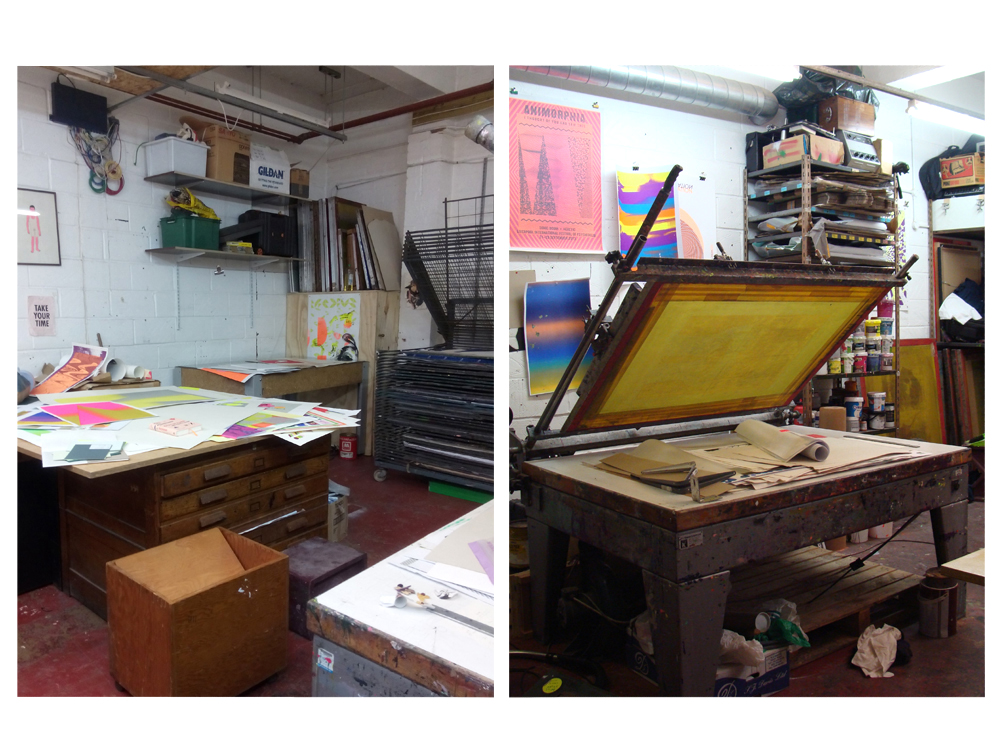 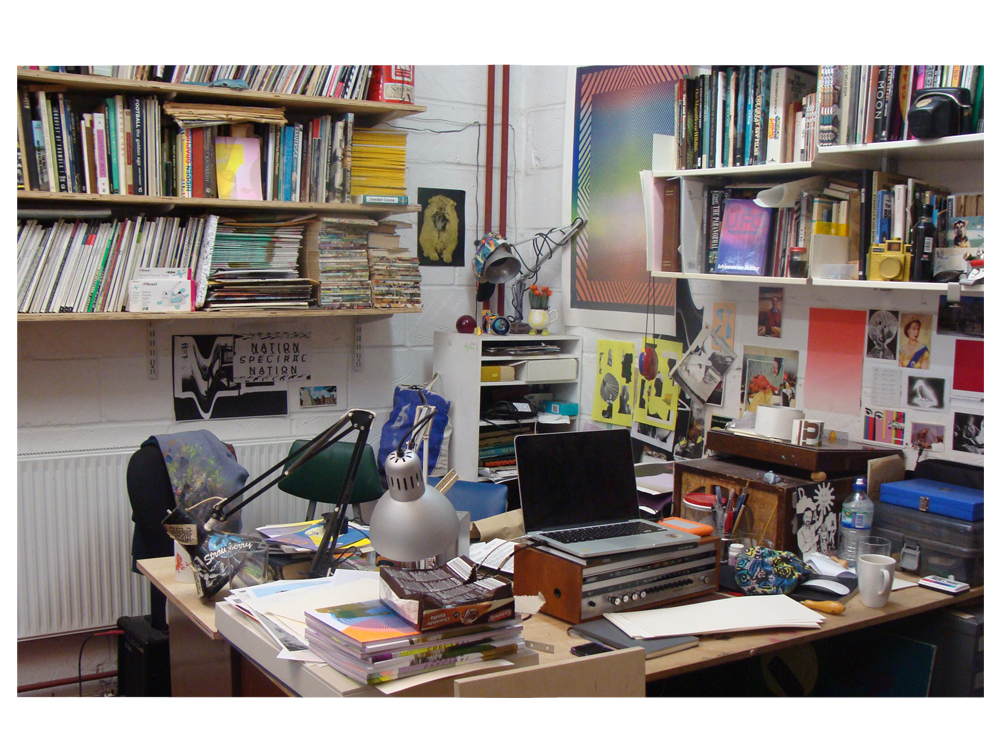 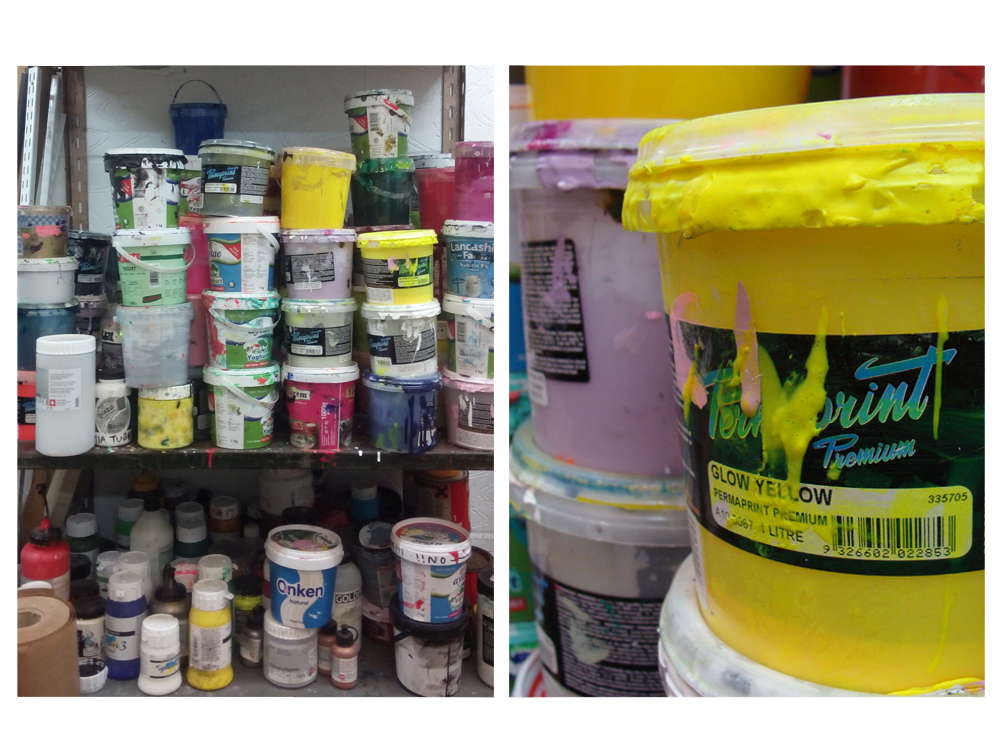 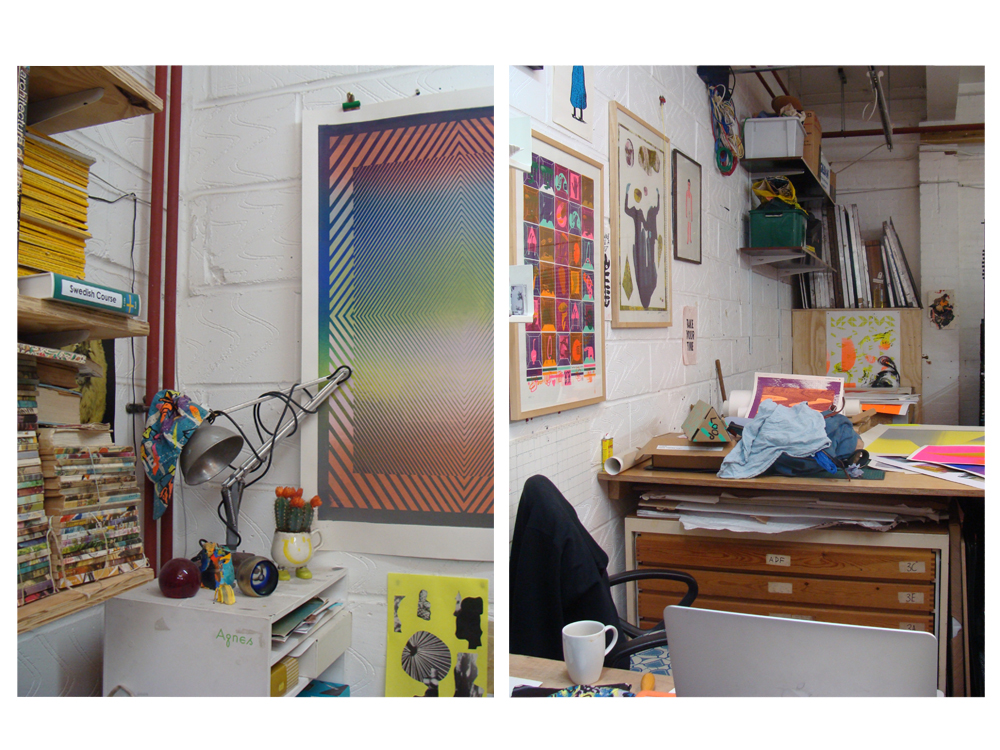 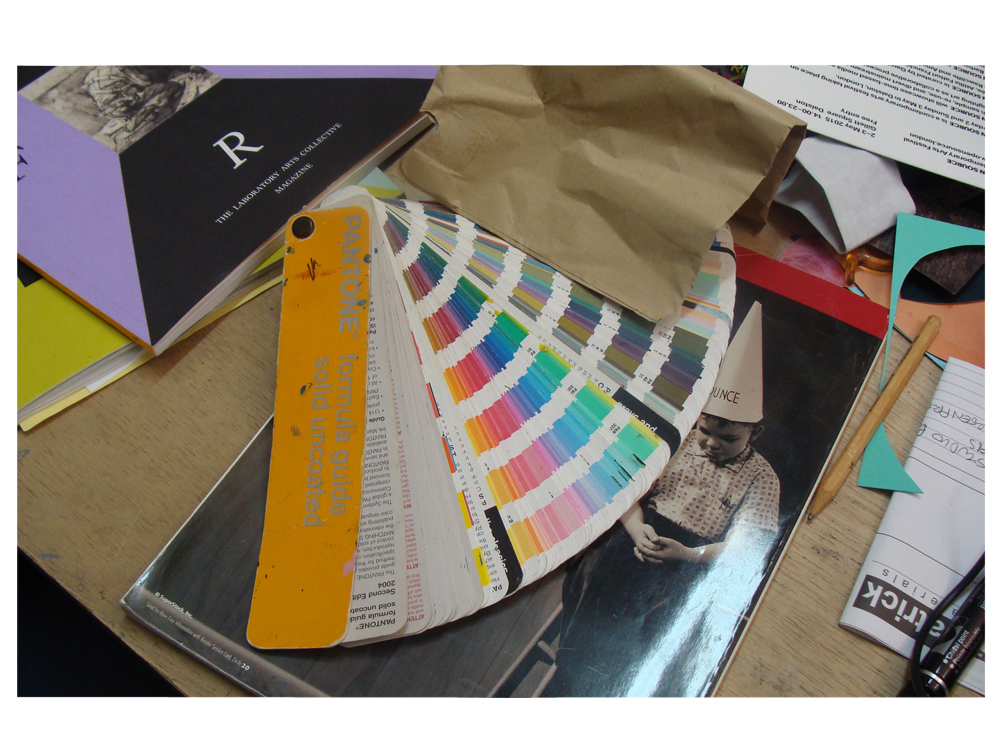 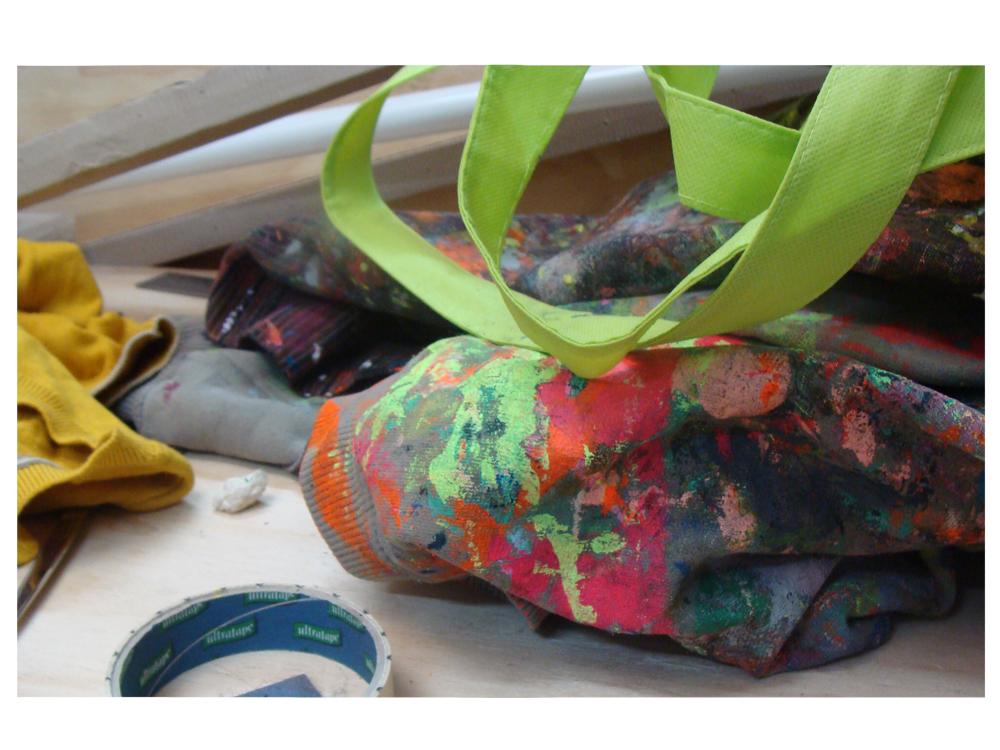 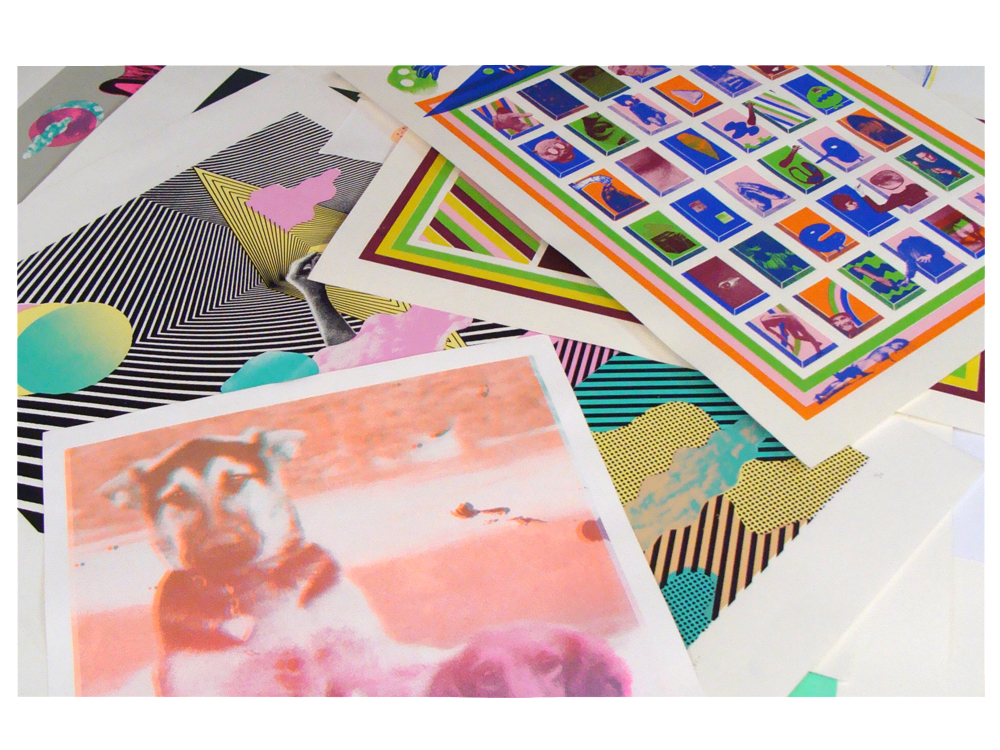 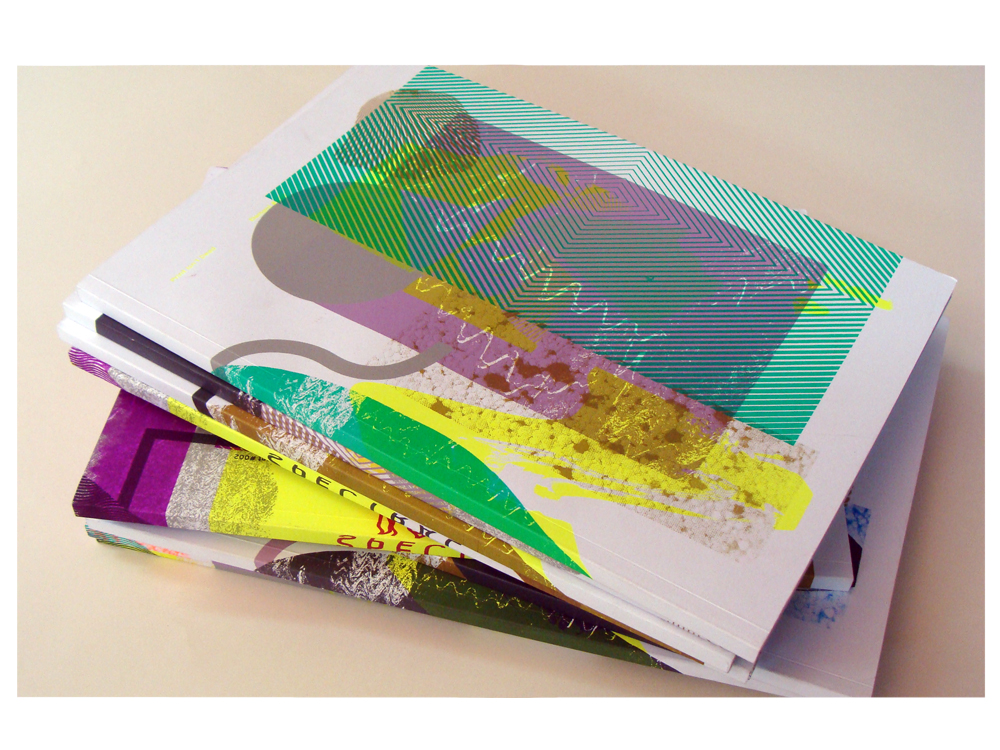 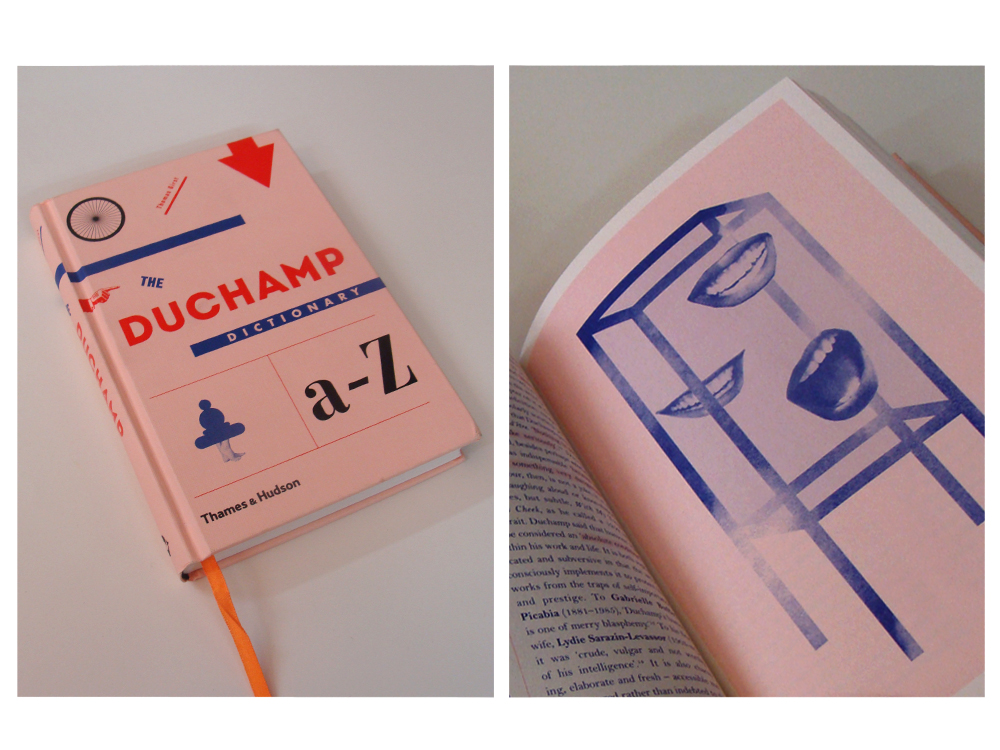 Detail of illustration by Heretic for The Duchamp Dictionary, designed by Therese Vandling. 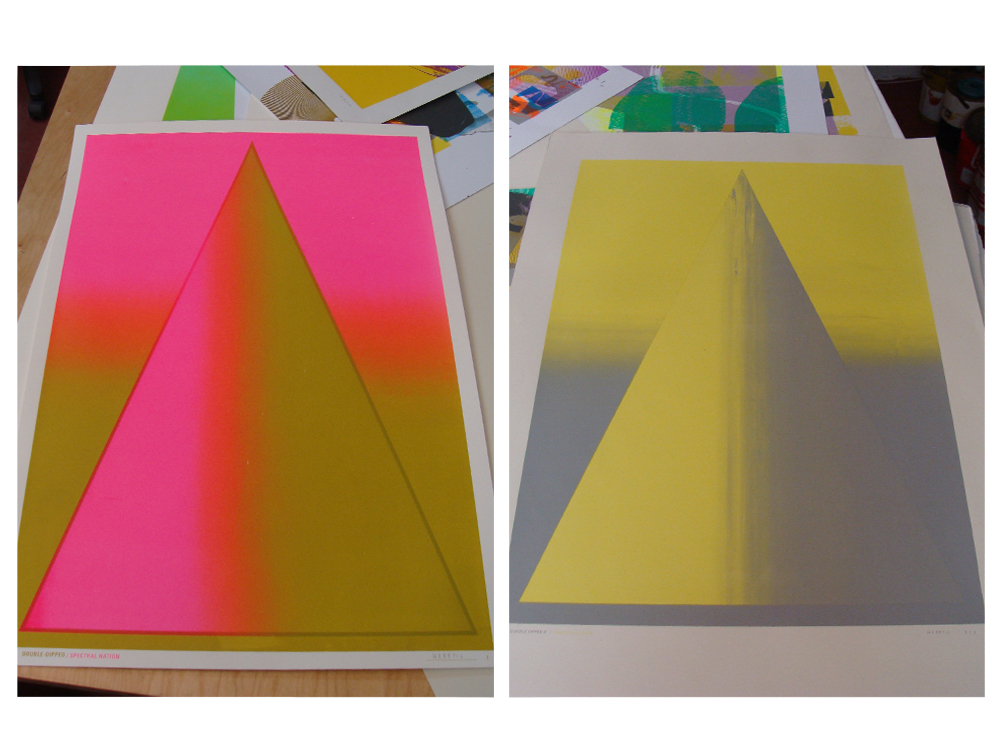 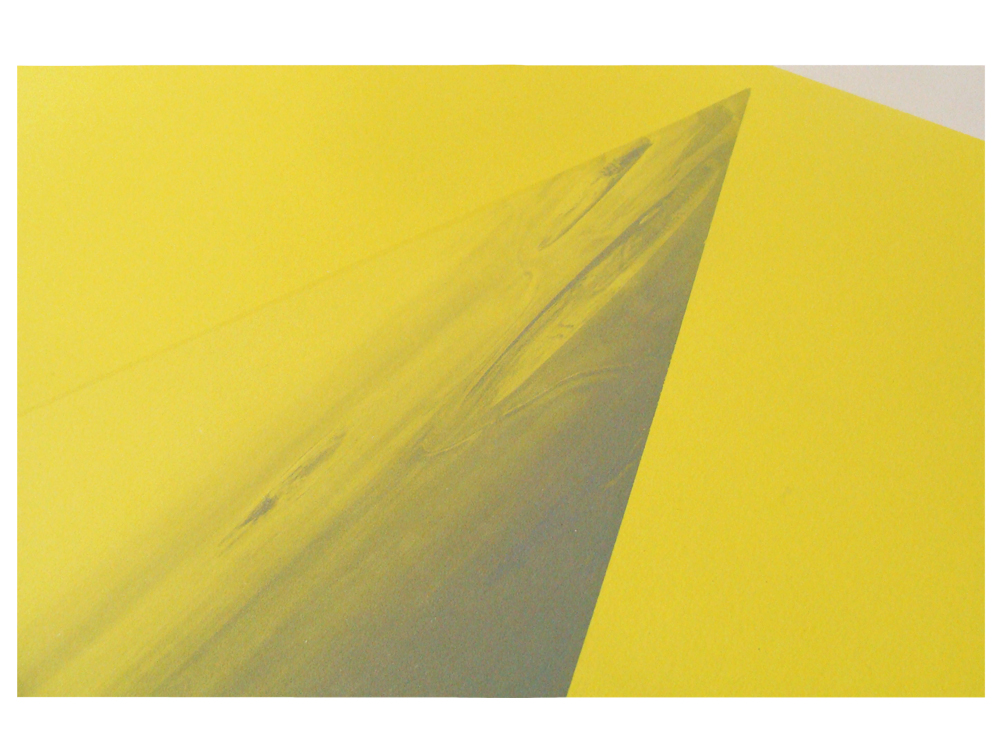 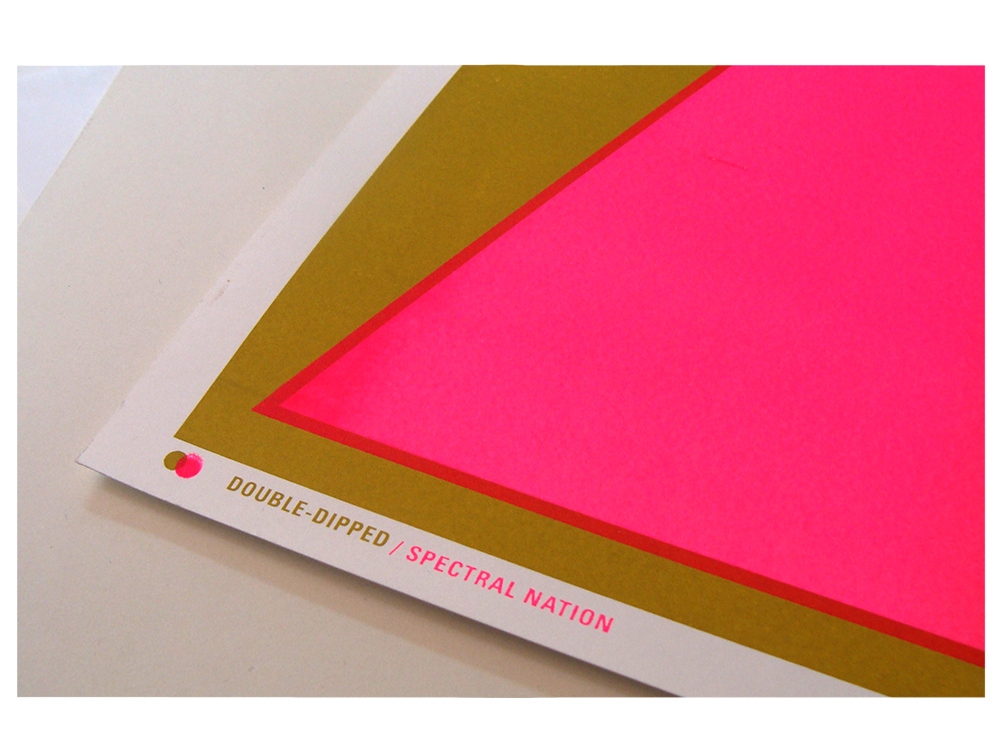 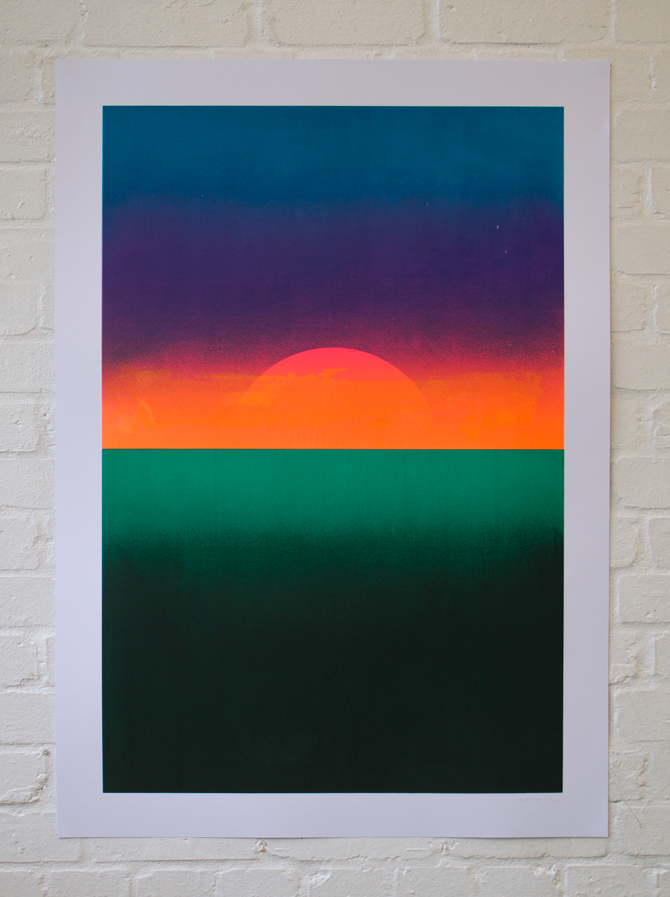 Thanks so much to Heretic for showing me around their studio!

To see more of their collaborative work see their website, blog and Spectral Nation page.