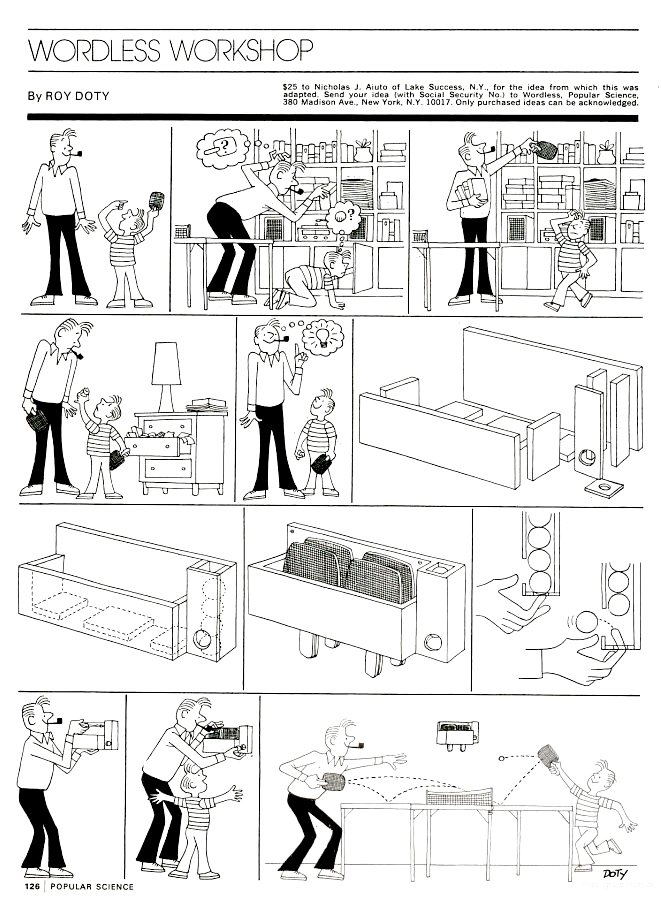 Image by Roy Doty via Core 77

Recently published on Core 77 is a great post on “Wordless Workshop,” a home improvement comic strip begun in 1954 by comics artist Roy Doty.

Focused on how to solve household issues through DIY, it is a charming series of wordless comics. Having begun in the 1950s, it starts with some limited gender roles, but as the strip ran until Doty’s death earlier in 2015, those roles happily change slowly over time.

Check out the full post over at Core 77. It will have you wanting to put up shelves and create table-tennis-bat-and-ball-holders in no time!